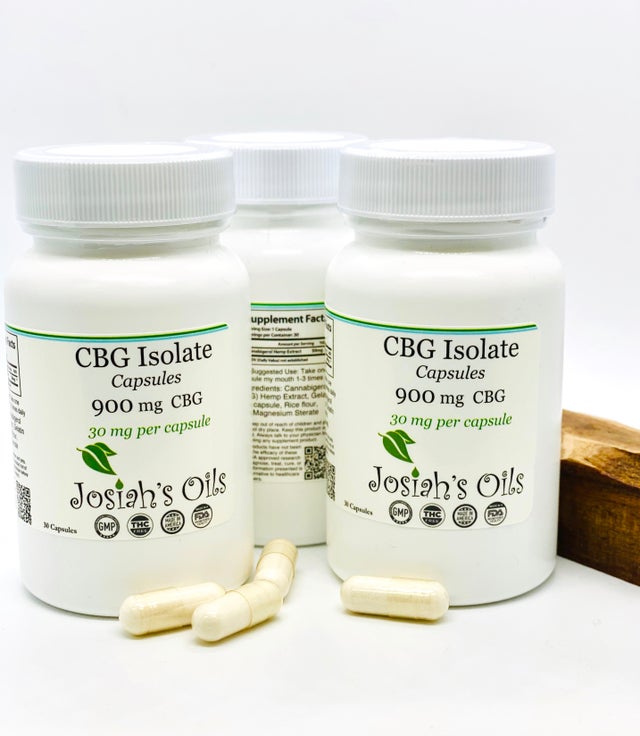 Research has shown that CBG is not psychoactive (meaning it won’t get you "high"). CBG stands for cannabigerol — a cannabinoid found in organic hemp. In the past, research on CBG has been relatively neglected. Thankfully, that is changing!

"Based on established pharmacological properties, there is growing evidence that CBG has therapeutic potential for treating neurological disease, gastrointestinal disease as well as some metabolic disorders." (see study below)

Antibacterial: McMaster University researchers found that CBG has antifungal and antimicrobial properties so potent that it may even fight off a bacterial strain like MRSA, which is notoriously resistant to antibiotics. CBG is shown to be a superior bacteria fighter to THC, CBD, or CBC.

Anxiety and depression: CBG may also help with anxiety by inhibiting the uptake of serotonin and GABA, which regulate our mood. This suggests CBG may have antidepressant qualities.

Bladder dysfunction: According to a study published in the Indian Journal of Urology, CBG has been found to be more effective than other cannabinoids at inhibiting muscle contractions in the human bladder, which may treat symptoms of many bladder disorders.

Muscle relaxant: CBG may function as a natural muscle relaxant, according to a study authored by Ethan B Russo at GW Pharmaceuticals. This could make CBG most useful for the management of sports injuries and/or chronic pain.

Neuroprotectant: CBG shows the potential to fight against cognitive decline. A 2015 studypublished in the journal Neurotherapeutics says CBG may be able to help those dealing with a serious neurological condition such as Huntington’s disease. Because of its potential for the treatment of Huntington’s disease, CBG may also be able to help with other neurological conditions like Parkinson’s or Alzheimer’s disease.

Pain Relief: A study from the British Journal of Pharmacology found that CBG may have strong pain-relieving properties. In fact, it was found to be more effective at treating pain than other components of the plant.

Psoriasis: Evidence suggests that the way CBG interacts with the body’s endocannabinoid system might also make it a viable treatment option for psoriasis. Human trials are underway in a study funded by AXIM Biotech and conducted by world-renowned dermatologist and specialist on psoriasis and atopic dermatitis, Dr. Marcus Meinardi, at The Maurits Clinics in The Hague, The Netherlands.

Strengthen bones: CBG may even stimulate bone marrow growth to help strengthen bones and heal fractures, perhaps even to protect against the development of osteoporosis, according to research from the Federation of European Neuroscience Societies and John Wiley & Sons Ltd.

ALS: Studies state that BOTH CBD & CBG taken together may be needed for optimal results. https://www.ncbi.nlm.nih.gov/pmc/articles/PMC6915685/

Acne and Aging Skin: "We demonstrate here for the first time that CBG in a clinical study is both safe and effective in promoting skin health by reducing the appearance of redness and improving barrier function better than a placebo. CBG exhibits a broad range of in vitro activity, including antioxidant, anti-inflammatory, anti-acne, and anti-aging properties. Based on the data reported here, CBG is an attractive new candidate for dermatological use, outperforming its more well-known derivative, CBD." https://www.ncbi.nlm.nih.gov/pmc/articles/PMC8778347/

ALWAYS speak to you physician to treat or diagnosis any medical condition and tell them about your supplement uses!